Salt Water pool systems have become so popular that they have begun to be the default choice for home swimming pools. However, many people (even if they have a salt pool) don't get much deeper into what a salt system really is beyond the fact that they just love it. Below are some facts about what a saltwater chlorine generator cell really is, so that you can better take care of your own swimming pool system.

What is a Salt Cell?

The cell (or Electrolytic Cell) is the plumbing component of a saltwater pool system. It is basically a PVC tube that holds a stack of titanium plates inside. Briefly, what happens is that as salt water passes through the cell, the salt system sends a weak electric charge through the water between the titanium plates, which converts salt into chlorine. Learn more about how salt pools work. In essence, your salt system is a chlorine generator which (in terms of operation) you can treat in a similar way as you would a chlorine tablet dispenser. However, you have to fill up a chlorine tablet dispenser as it gets used, don't you? So then what gets used up on a chlorine generator?

Unfortunately, a salt cell is not an unlimited and infinite supply of chlorine. The process of generating the chlorine naturally wears down the titanium in the cell, slowly and over time. That means the salt cell is a consumable part, at some point in the the future it gets used up. The good news is that generally people see lifespan of at least 3-5 years with normal proper pool maintenance. For higher end models, the lifespan gets even longer. We speak to many pool owners who have seen cell lifespans of 8-10+ years because of a combination of the type of systems they picked out, their pool maintenance, use and environment.

So is it worth it then?

Absolutely - replacing the salt cell is a fraction of the cost of the system and gets you years more without buying chlorine . Just think of salt cell as a many, many, many hundreds of pounds of chlorine, all wrapped up in a nice and neat little package. A lot of frustration comes from the fact that when people put a salt pool system on their pool, they have absolutely no idea that the cell is something that just naturally gets replaced. In that situation, it feels the same way as it would when you're told that your refrigerator is shot when you hear that your salt cell has to be replaced after you've had it for a few years and you've been enjoying its use. Salt cells don't last forever, unfortunately, but what they provide is a huge benefit. Think about it this way, would you decide not to use a gas-powered electrical generator just because the gas tank can run out? Even more importantly, dollar for dollar, the amount of chlorine you get from just one salt system costs much less than using chlorine tablets, granules, or liquid. PLUS, when it comes time to replace the cell, replacement salt cells are much less expensive than a complete system, so in the long term there is really no comparison in terms of savings - not to mention the other big benefits of salt systems, such as the vast amounts of time it saves in maintenance and the much more pleasant water quality. Best of all, replacing a cell takes about a minute, usually as quickly as you can unscrew some fittings.

What are the important things to know about salt cells?

Essentially, the amount of time that any one cell lasts is only determined by how it's used. However, the sooner it's understood that the salt cell is consumable, the easier everything else becomes from there: from picking out your salt system, to determining the way you run it, to the way that you maintain your pool. 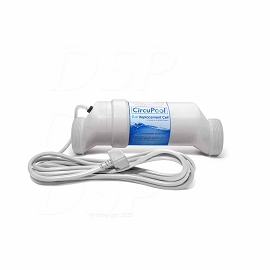 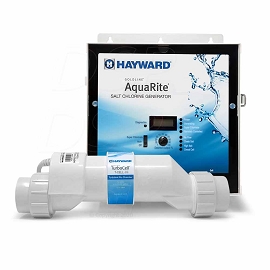 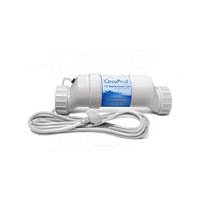 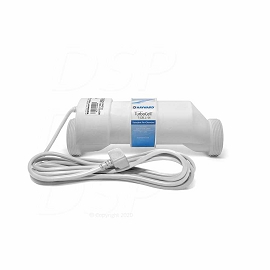 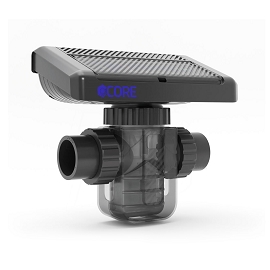 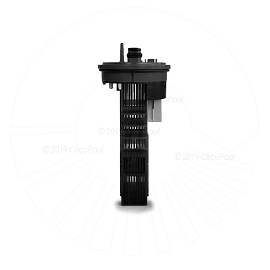 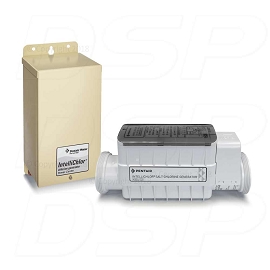 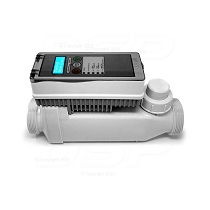 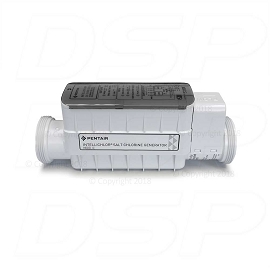